Still alive and painting! I had a lot of thing to deal with (and still dealing) last year, a big lack of motivation to post here; but new year, another chance to be more dedicated to the hobby and to this blog.

I painted Belial on Disciples of Caliban color, as the sucessor chapter I play. To this miniatuare I’ve tried to do zenital light on the armor with airbrush, as the cape/mantle too. The details I used a regular brush and a lot of washes/shades to make shadows.

I couldn’t resist! So this is a second update at same day, this is a mark… :p So more pictures. 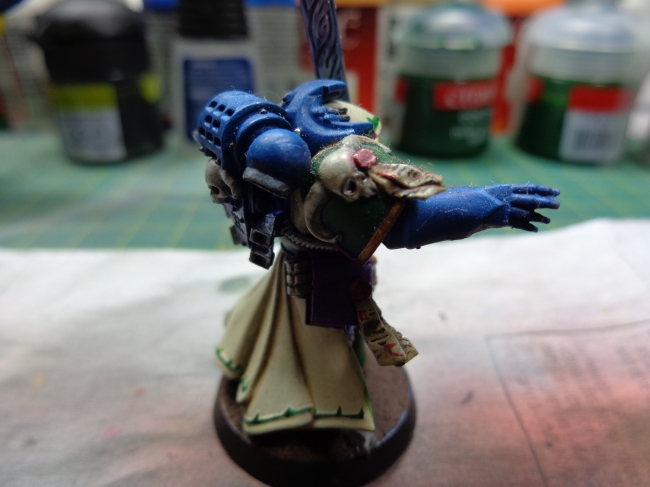 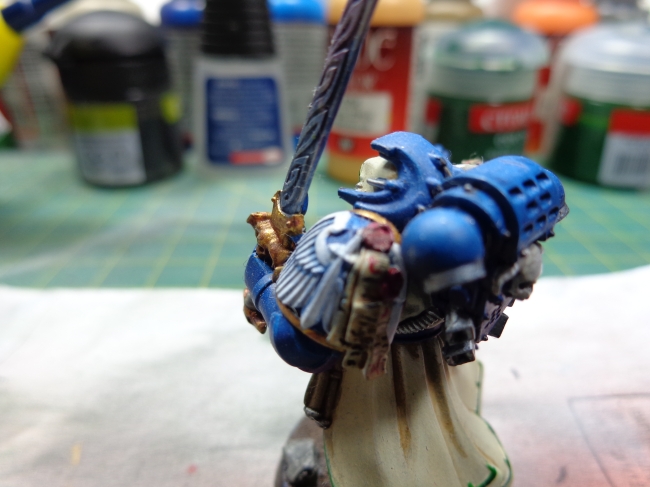 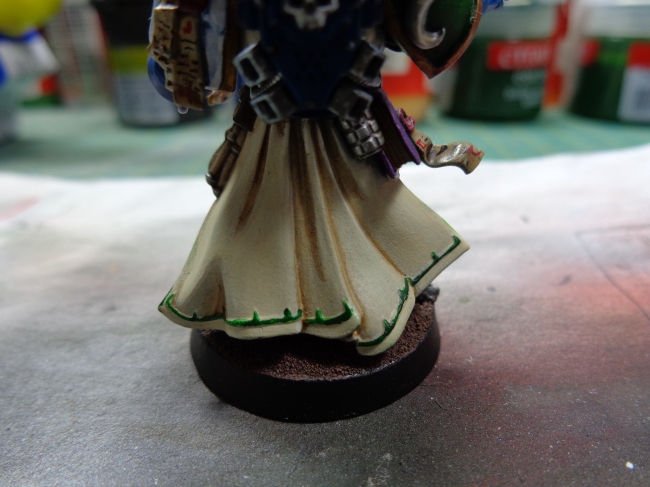 A quick update from what I’ve been doing in my spare time. 🙂 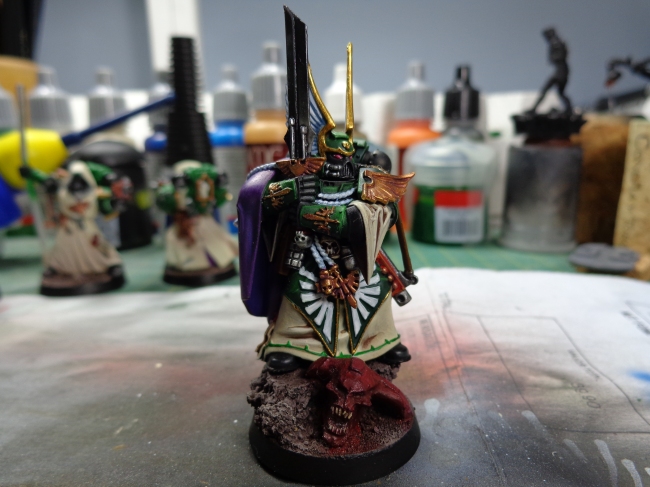 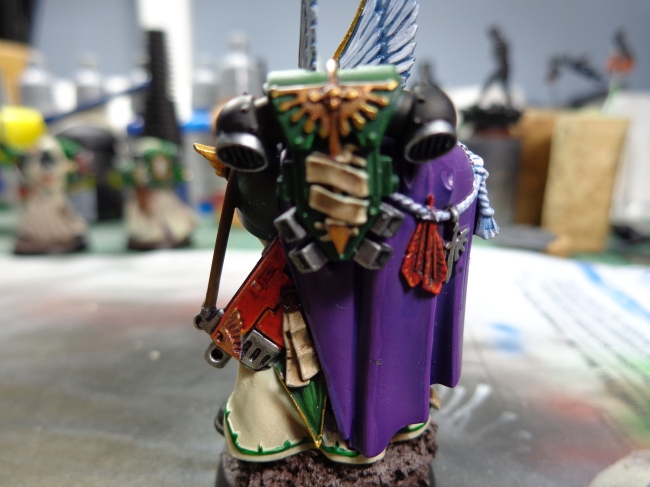 This was an amazing day for gaming, laughs and fun stuff. 40K battles to say goodbye to the 6th edition. Two epic games and two wins for Dark Angels!

First games was against Vitor’s Tiranids; 1500 points, mission was relic and deployment was hammer and anvil. I wont remember the details but both armies denied the relic objective and only score for the secondary objectives. I won because First Blood!

Second one was against Baldo’s Tau; 1500 points, mission was the scourging and deployment was vanguard strike. I remember only some highlights as a squad of ravenwing bikes was almost destroy by kroots snipers; terminator squad cant finished a squad of pathfinder and die after that and other terrible mistakes I have made but in the end I have secure the most values objectives! Another win for the Lion!

I am really happy with the results and looking forward to see what GW reserve for us in the 7th edition.

After a long hiatus from this blog, I came back! 🙂 Well, at least for now. I’ll try to make this place more “alive”, so this post it’s only to make sure I still digging in little soldiers! 😀

Stay tuned, something coming up this weekend! 🙂

A quick update from my bench: Infinity FEVER! I attended a tournament, in fact a official infinity tornament, and make to second place. 😀

So I decided to paint all my infiniry models, the only one left is my TAG. I’ve managed to finish the crazy koalas (cute evil bear robots). Enough talk and more pics 🙂

Finally I’ve finished my chaplain, i hope i can put him on one army list… But first, photos… 🙂

I still have to build a better light box, that will be my next weekend project. 🙂 I hope you like it!

Here we go! Another year, another post! Yeah! I’ve been working on many projects; as my new Tau army for “Tale of X gamers”, my (re)new DA army, my infinity models and my Sakura Wars resin model… None of these project had so much atention in the past, but for now on my will tray to always post something about it.

Ok, enough talking… 🙂 Some pictures for you folks.

These are my squad of 11 Fire warriors, i really like how it turn out… 🙂

And these is my new project: Sakura Wars resin model. 🙂 This model was so badly damage, so many parts with HUGE gaps between but I’m glad I have liquid green stuff… 🙂

I still have a lot of things to do, as my Chaplain Seraphicus (DV box) , all my ravenwing bikes and my new Terminator Command Squad (in fact Knights). So, let’s work!

I’m working hard to get everything done to CGW Summer Tournament. For that and other reason I’ve been a little distant from this blog. So, let me show you some terrains I’m making for the event.

And I finaly get a schema for my TAU army. Yes… I’m participating in a “Tale of paint” project and Tau was my choice… 🙂 So, you gonna see this little buddies around here.

Blog dedicated to wargame, paint and other stuff...